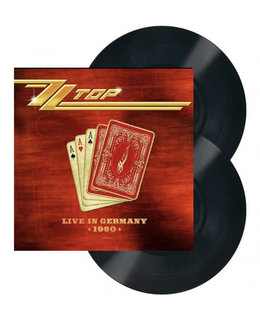 2019 EU reissue 180g vinyl 2LP-ZZ Top, that little ol’ band from Texas, brought the thunder for their concert in Essen, Germany in 1980. The concert was originally filmed for the German television show Rockpalast and then released on DVD in 2009 as “Double Down Live.” The tour was in support of their 1979 album “Deguello” and featured several track off of it.