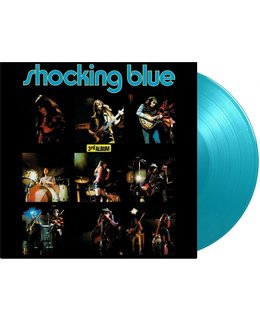 ( 1971 )2021 EU reissue on coloured 180g vinyl LP =Includes 6 Bonus tracks=Shocking Blue was a Dutch rockband from The Hague that was at their peak in the sixties and seventies and gained major cross-Atlantic success. 3rd Album is, strangely enough, not

2010 EU reissue vinyl editon, pressing in 180g virgin vinyl, with gatefold sleeve. 3rd Album is strangely enough not their third fulllength album but their fourth and was originally released in 1971 This reissue comes with six bonus tracks consisting of singles and bsides and a gatefold sleeve