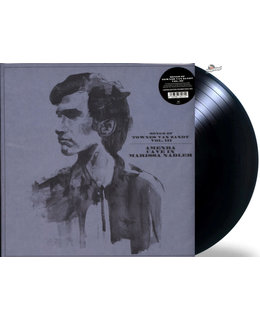 2022 EU issue on brown vinyl LP =Neurot Recordings in conjunction with My Proud Mountain announces the third record of the Songs of Townes Van Zandt series, which was started in 2012, featuring various artists covering the works of beloved American singer

Steve Brodsky of CAVE IN stated about being part of the record, “In the winter of 2010, I did a solo tour with Scott Kelly of Neurosis and Bob Wayne. It was the three of us and Ansgar Glade traveling in Bob's ‘green machine’ van around the UK and Ireland. At every show, Scott played the song ‘Caroline’ and each time I heard it, I found myself enraptured. This was my introduction to Townes Van Zandt. Pretty cool that ten years later, Ansgar has given me and CAVE IN this great opportunity to show our love for TVZ's music.”