Nederlands
Home I Am A Bird Now =vinyl LP = 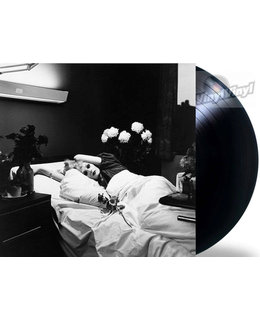 2005 US issue on standard vinyl LP- including "Hope there's someone", "You Are My Sister"  from this extraordinary New York artist Antony and his cohorts the Johnsons featuring contributions from both Antony's peers [Rufus Wainwright, Devendra Banhardt] and heroes [Lou Reed, Boy George] - their involvement reflects both their admiration for Antony, and his unique place in the contemporary arts community, sealed & stickered picture sleeve

There is a myth that great artists operate in seclusion. One need look no further than to the ten songs of Antony and the Johnsons' 2005 album, I Am A Bird Now, to realize this is an utter fallacy. To be sure, with his androgynous features, the singularly named Antony is an original. Have you ever heard a voice like this, imbued with the transcendental emotion of the blues, yet deployed with an unadorned simplicity reminiscent of medieval music practice, and graced with a top note of childlike wonder? Or songs that blur distinctions of gender and identity, yet which still summon up such powerful feelings: longing, love, lust, loss? No. Because Antony is one-of-a-kind. But he is certainly not alone.

I Am A Bird Now, the second full-length from this extraordinary New York artist and his cohorts, features contributions from both Antony's peers (Rufus Wainwright, Devendra Banhardt) and heroes (Lou Reed, Boy George). Their involvement reflects both their admiration for Antony, and his unique place in the contemporary arts community. "Everyone's presence on the record shows them at their most unique, making a special contribution that is specific to them," says Antony. He arranged each one with painstaking precision, like a director creating an extended tableau on stage. "Bringing other people in makes me feel less lonely," adds Antony. "I was making the album intuitively, the way I felt it wanted to be made. A lot of these people helped inspire this record."

As a youngster in California, Antony was smitten by the beguiling image of Boy George on Culture Club's 1982 debut album Kissing To Be Clever. "George was really the first reflection I saw of myself in the world," he explains. "I saw him and thought, 'Okay, that's what we do when we're like this: We become singers.'" Twenty two years later, Antony found himself sitting at a piano, recording the haunting "You Are My Sister" with his icon. "When he was in the studio, I just felt this big, long circle connecting in my spirit."

Another one of Antony's champions, Lou Reed, introduces the soulful "Fistful of Love," an intoxication concoction that mixes Muscle Shoals soul with an almost heroic sense of masochism. In 2003, Reed asked Antony to reinterpret "Perfect Day" for his album The Raven. Subsequently, the former Velvet Underground front man invited Antony to perform as part of the small ensemble on his American and European tours; he even gave Antony a solo turn on the VU classic "Candy Says," an homage to another one of Antony's inspirations, Warhol superstar Candy Darling.

Fitting, then, that the image adorning the cover of I Am A Bird Now is Peter Hujar's striking 1974 photograph "Candy Darling on Her Deathbed." In Hujar's black and white images of underground figures like Darling and Divine, Antony found another early touchstone. "There's no sense of voyeurism in his portraits," explains the singer. "They show an inside perspective. And that's something I'm interested in: being empathic, not voyeuristic."

Some musicians hide behind personas, or the words of others, or fine-tuned video imagery. Antony, as otherworldly as he may look and sound, is not afraid of letting audiences see his true self, however vulnerable. "Opening myself up to the work, and to the world, is my passion," he concludes. "That is the great risk, and the great boon, of doing this: There is that rare experience the performer gets to enjoy, which, in a way, is like having your spirit witnessed by people. And, sometimes, appreciated. Perhaps people will see it and relate, or identify themselves in it." And thus the community that has nurtured Antony, up to and through the creation of I Am A Bird Now (and beyond), continues to flourish and grow.