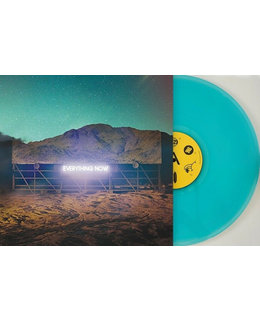 The album was recorded at Boombox Studios in New Orleans, Sonovox Studios in Montreal, and Gang Recording Studio in Paris. "There's sort of an everything-nowness to life, I feel like almost every event and everything that happens surrounds you on all sides," frontman Win Butler explained to BBC Radio 1. "It's trying to capture some of the experiences of being alive now in all its flaws and all its glory." 12" black heavyweight vinyl in a gatefold sleeve, with a folded lyric sheet insert.