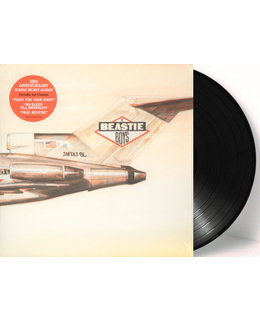 2016 EU reissue standard LP- Beastie Boys' debut album Licensed To Ill is back-to-back classic Beastie Boys anthems including "Hold It Now, Hit It," "Brass Monkey," "(You Gotta) Fight For Your Right (To Party)," "No Sleep Till Brooklyn" (featuring Slayer's Kerry King) and "Girls." Licensed To Ill is the 1st Hip Hop album to top the Billboard 200 and in 2015 it was certified Diamond by the RIAA.

B1 No Sleep Till Brooklyn
B2 Paul Revere
B3 Hold It Now, Hit It
B4 Brass Monkey
B5 Slow And Low
B6 Time To Get Ill