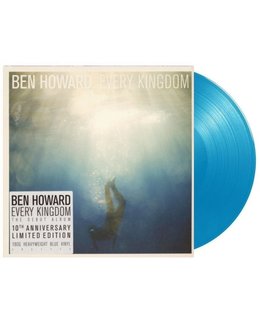 2022 EU reissue 180g blue vinyl LP=A simple album with fine guitars a fine unique voice and a great range of tracks. The famous " The Wolves" track is a minute and half longer than the single version and is sandwiched either side by 9 other equally beautiful tracks.

Tracks:
A1 Old Pine
A2 Diamonds
A3 The Wolves
A4 Everything
A5 Only Love