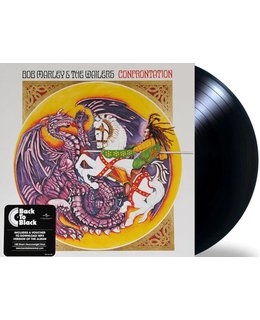 ( 1983) - 2015 EU reissue on 180g LP= compiled from unreleased material and singles recorded during Marley's lifetime. 12 th studio album by Bob Marley & the Wailers and the first album released posthumously in May 1983, two years after Marley's death,

Tracks:
A1 Chant Down Babylon
A2 Buffalo Soldier
A3 Jump Nyabinghi
A4 Mix Up, Mix Up
A5 Give Thanks And Praises

B1 Blackman Redemption
B2 Trench Town
B3 Stiff Necked Fools
B4 I Know
B5 Rastaman Live Up!