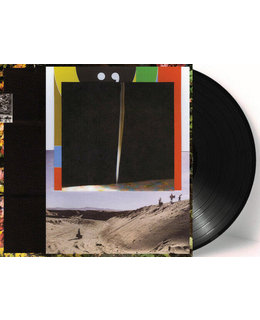 2019 EU issue on 180g LP+download=The 4th full-length release for Justin Vernon was produced by Chris Messina. 22 stands for Justin Vernon. Never before has Bon Iver been so comprehensive, joyful and generous. When they toured Europe in early June 2019, i

Label:  Jagjaguwar
Availability:   In Stock
Delivery time:
€29,95 Incl. VAT (BTW)
Release date: 30-08-2019
2019 EU issue on 180g vinyl LP in deluxe gatefold sleeve =Never before has Bon Iver been so comprehensive, joyful and generous. When they toured Europe in early June 2019, including Best Kept Secret, you could already hear that something was going on and then they didn't even play material from this new album. The band was very intense and in harmony with themselves. On "i, i" that line is continued with thirteen super-intense songs. Justin Vernon is a unique talent and he shows that from start to finish in amazingly compelling material. The auto tune plays a less prominent role, unlike on '22, A Million '. This is partly because the voice effect is widely accepted, but also because Vernon manages to get back to the original intensity of his first two albums and to reduce the distance to the listener. He is moving, personal, intense and super-intimate. Bon Iver sees autumn depicted in "i, i" and in that light you have to see the previous three albums as typical winter, spring and summer. "The autumn of Bon Iver is a celebration of self acceptance and gratitude, bolstered by community and delivering the bounty of infinite American music." With very nice guest contributions from Moses Sumney, Bruce Hornsby, known for "The Way It Is" and Jenn Wesner from Wye Oak. Let the success last a very long time.
Discs: 1
Drager(LP,EP,12,7,CD): LP
Qual(120grs,150grs,180grs): 180grs
Speed(33,45): 33
Extra info: gatefold
Label: Jagjaguwar
This release: 2016