Nederlands
Home I See A Darkness 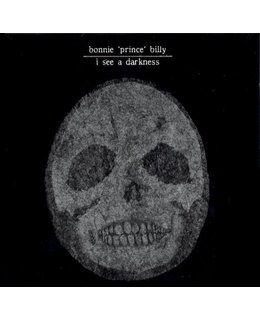 Tracks:
A1 A Minor Place
A2 Nomadic Revery (All Around)
A3 I See A Darkness
A4 Another Day Full Of Dread
A5 Death To Everyone

I See a Darkness (1999) is the first album released by Bonnie 'Prince' Billy, the nomenclature that continues to find Oldham at his most sonically alluring. "Madeline-Mary" and "Death to Everyone" are melodic, almost groovy and beautifully deathly. Johnny Cash famously recorded the title track with Oldham duetting on the chorus, the drinking buddy archetype of the song given new gravitas and new meaning. This blue chip and blue-collar approval and a readiness to tour offered Oldham almost mainstream access. If there is a difference between the music of Palace and Bonnie 'Prince' Billy it's in the depth and detail of sound, and how Oldham has turned his voice into an astonishing and confident instrument that allows the musicians around him to flourish.

Frank Zappa / The Mothers Of Invention Freak Out =2LP=180g