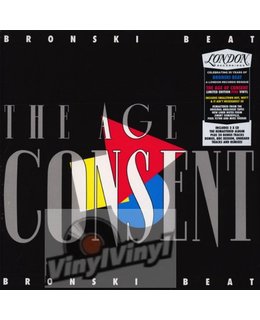 To say The Age of Consent is a great album of dance-oriented synth-pop music is to sell it extremely short; this is simply a great album, period. Jimmy Somerville's soaring tenor may take some getting used to, but the songs, many of them dealing with homophobia and alienation (none more eloquently than "Smalltown Boy"), are compelling vignettes about the vagaries of life as a gay man. Cynics predisposed to dismissing entire genres of music based on trendiness or a limited appeal ("dance music is for dancing, not listening") miss the point in lumping this in with more mindless