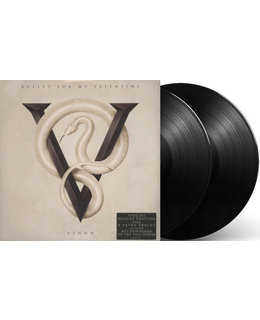 Since Bullet For My Valentine formed in 1998, the Welsh metallers have become one of the biggest bands in metal, selling over 3 million albums worldwide and scoring three gold albums, as well as defining British metalcore with their now classic debut, The Poison.

One of the most successful U.K. metal acts of the new millennium, Welsh quartet Bullet for My Valentine take cues from '80s metal bands and punk-infused metal to make melodic, metallic, dark rock songs. Employing a sinister blend of caustic riffage and full-throttle drums, the group's pop sensibilities brought them to the mainstream with career-changing albums like The Poison (2005), Fever (2010), and Temper Temper (2013), and chart-topping singles "Scream Aim Fire," "Your Betrayal," and "All These Things I Hate (Revolve Around Me)," making them the one of the biggest U.K. metal outfits since Iron Maiden. Showing no signs of slowing down, BFMV released their hard-hitting eponymous seventh full-length effort in 2021