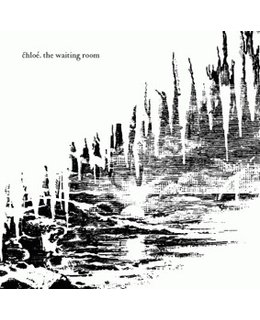 2007 EU issue on standard 2LP- Long awaited debut from one of Frances best DJs. Her crates may be stuffed with import minimal and local electro 12 s but the Chloe s productions are even more diverse encompassing electro acoustic experiments gravelly ...

2007 EU issue on standard 2LP- Long awaited debut from one of Frances best DJs. Her crates may be stuffed with import minimal and local electro 12 s but the Chloe s productions are even more diverse encompassing electro acoustic experiments gravelly ambient techno and drone pop. It seems even the Kill the DJ crew is at a loss to describe Chloe s latest adventure admitting We don t really know which road she s taking but the longer you listen to it the more it casts its spell especially on tracks such as Around The Clock with echoes of Velvet Underground floating into the mix.

COMMENTS-Very interesting album. While the A side is slow and heavy tech house ("No one can be" could be attributed to Apparat), it evolves to some vocal/IDMish tracks on side B. C and D are pure experimental leftfield/IDM with strong coustic appearances. Five stars without an hesitation!

C1 It's Sunday
C2 Around The Clock
C3 Womb To Tomb

The Waiting Room is a lullaby that's gone very wrong indeed. It's a place where something nasty is about to happen, but never quite does. It rivals the Japanese version of Ring in terms of unease and recalls the unsettling mood of David Lynch's Twin Peaks. Generically, it's minimal house, but don't expect the Berlin sound or clicky percussion: this is far superior and vastly more interesting than that.

It takes a few listens to get past what might appear to be quite straightforward minimal. But once you do you'll discover background noises in the form of hovering UFOs, effects that resemble pages of white noise being torn up and vocals that sound like they've been spoken backwards then played forwards. Some tracks veer into downright eerie territory, but even the most apparently innocent cuts, like opener 'The Waiting Room' and 'Beneath the Underground' are too icy, too clinical to be of comfort. Chloe is like a Siren: she lures you in but you're not entirely sure you want to be near her. It's a pleasing contradiction.

Elsewhere 'It's Sunday' encapsulates the marching paranoia of a horrific comedown ("It's Sunday, I don't like it...I'm alone”) better than anything I've ever heard. It also gives The Velvet Underground's 'Heroin' a run for it's money as the number one musical representation of a drug experience. Other tracks on The Waiting Room have more than a shade of Ellen Allien about them, not that that could be a bad thing. 'Amour' resembles 'Jet' from 'Orchestra of Bubbles' only gone more wrong and awry whilst 'Be Kind to Me' recalls the city scapes of Berlinette.

'Get close' says Chloe. You should, but not too close.
Danielb Bates