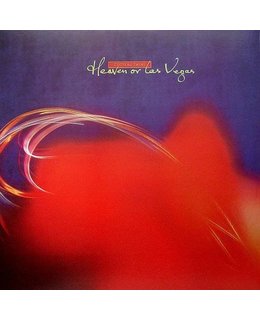 Label:  4AD
Availability:   In Stock
Delivery time:
€22,95 Incl. VAT (BTW)
Release date: 31-07-2014(originally released in 1990)
2014 EU issue on 180g vinyl LP+download- Cut from the HD 96/24 Masters -Heaven or Las Vegas was issued in 1990 and is the band's most commercially successful release, reaching No. 7 in the UK album charts. Numerous publications have since declared it one of the best albums of the '90s with Pitchfork calling it “a core of ungodly gorgeous songs that is every bit as moving and relevant today as it ever was.” Label founder Ivo Watts-Russell goes further, candidly revealing in the recent 4AD biography, Facing The Other Way, that this album wasn’t just his favorite Cocteau's album but also his favorite all-time 4AD album, and “by a long shot.” calling it “the perfect record.”
Heavyweight 180g black vinyl cut from the HD 96/24 masters with accompanying download coupon.
When they first emerged in the early 80s, the Cocteau Twins were compared most often to Siouxsie & The Banshees, but in truth they never sounded like anyone – or anything – else. Taken together, their nine albums, and sixteen EPs/singles, sound less like a band and more like an element of nature. Which was very 4AD. Ivo Watts-Russell has always claimed that his aim was to unearth music that was timeless, free of any trend, movement or era and even in their earliest incarnation, the Cocteau Twins were true to that remit, firmly charting their own course.
Tracks:
A1 Cherry-Coloured Funk
A2 Pitch The Baby
A3 Iceblink Luck
A4 Fifty-Fifty Clown
A5 Heaven Or Las Vegas
B1 I Wear Your Ring
B2 Fotzepolitic
B3 Wolf In The Breast
B4 Road, River And Rail
B5 Frou-Frou Foxes In Midsummer Fires
Discs: 1
Drager(LP,EP,12,7,CD): LP
Qual(120grs,150grs,180grs): 180grs
Speed(33,45): 33
Bonus(cd,single,download): bonus download
Label: 4AD
Originally released: 1990
This release: 2014

Dead Can Dance Toward The Within =2LP=

Cure, the -Standing on A Beach -The Singles-