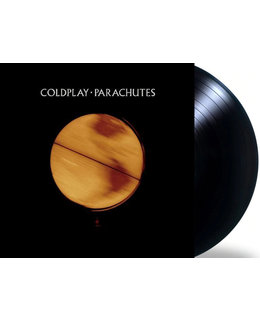 Coldplay's shimmering Mercury Prize nominated 2000 debut is a dark and melodic masterpiece that swells with pure emotion and showcases the group's boundless warmth and flair for moodily dramatic pop craftsmanship. Co-produced with Ken Nelson, Parachutes' pristine, heartfelt songs stand up gracefully alone but gain even greater breadth in the context of the full album. Home to the irresistible hit singles "Shiver," "Yellow," "Trouble" and "Don't Panic," it's as fully formed a debut as they come, a collection of remarkable depth and beauty and a fine introduction to a band that has since gone on to become one of the biggest pop acts in the world!