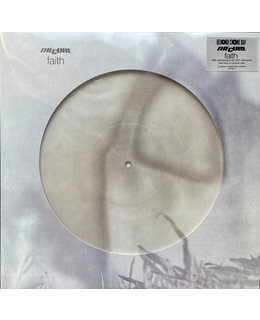 2021 EU RSD limited reissue on Picture disc- A cornerstone work by a band that excelled at it. The band's classic 3rd album of "Dark Trilogy" = The band's classic third album, 1981's Faith, took The Cure further down the road of despair they'd initiated with Seventeen Seconds in 1980. It's an album full of mournful atmospheric tracks, including their hit single, "Primary" and is often seen as the mid-point in a "Dark Trilogy" that began with Seventeen Seconds and concluded with Pornography.

Like the albums before ('Seventeen Seconds') and after ('Pornography') it, 'Faith' forms a trilogy of records that helped seal the Cure's reputation as gloomy, black-clad artsy post-punks. The songs are mood-building set pieces, so radio airplay was pretty much non-existent. But as doomy, artsy goth, the Cure's third album is a cornerstone work by a band that excelled at it.

Marillion An Hour Before It'S Dark = orange vinyl 2LP=

Eels Daisies of The Galaxy