Nederlands
Home In the Right Place 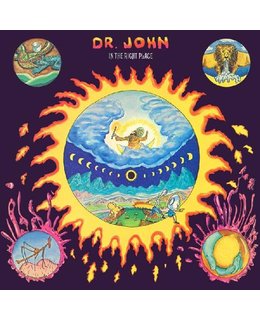 2015 eu reissue on 180g LP-1973's In the Right Place is Dr Johns biggestselling album a set that established the singer as a New Orleans legend as the songs are loaded with trademark funk and hornladen arrangements Features contributions from fellow...

Dr. John finally struck paydirt here and was certainly In the Right Place. With the hit single "Right Place Wrong Time" bounding up the charts, this fine collection saw many unaware listeners being initiated into New Orleans-style rock. Also including Allen Toussaint's "Life," and a funky little number entitled "Traveling Mood," which shows off the good doctor's fine piano styling, and with able help from the Meters as backup group, In the Right Place is still a fine collection to own.