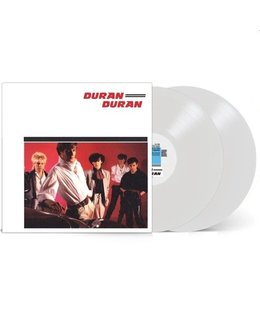 Tracks:
Duran Duran - Album
A1 Girls On Film
A2 Planet Earth
A3 Anyone Out There
A4 To The Shore
A5 Careless Memories

Duran Duran's eponymous debut artfully coalesced the sonic and stylistic elements of the burgeoning new romantic movement they were soon to spearhead: pumping synths, glossy production, and seemingly impossible haircuts. Ultra-smart singles like "Girls on Film" and "Planet Earth" became instant smash hits both in the U.K. and America, and other fine pop gems such as "Anyone Out There" and "Careless Memories" rounded out the album's stellar first side. Side two was a far more experimental and revealing affair, with primary songwriter Nick Rhodes leading the band through atmospheric mood-pieces like "Night Boat," "Sound of Thunder," and the instrumental "Tel Aviv," all of which are particularly reminiscent of mid-era Roxy Music (clearly one of Duran's biggest influences). The band's groundbreaking music videos would do the rest, securing them a unique standing as forerunners of the first MTV generation and cementing their status as one of the decade's most successful pop music icons.