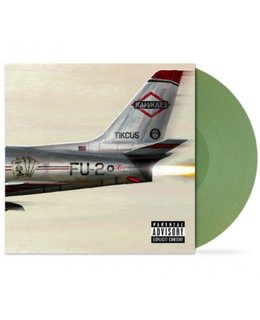 The album's cover art has been interpreted as an homage to the Beastie Boys and their 1986 album Licensed To Ill.

Tracks:
A1 The Ringer
A2 Greatest
A3 Lucky You (Featuring – Joyner Lucas)
A4 Paul (Skit)
A5 Normal
A6 Em Calls Paul (Skit)
A7 Stepping Stone

Eminem Music To Be Murdered By ( Slim Shady ‎ )