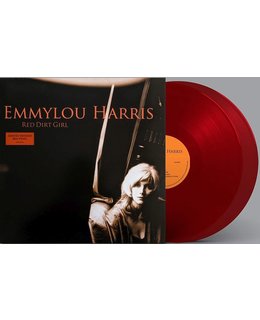 The album was produced by Malcolm Burn, who previously worked with Harris engineering and mixing Wrecking Ball, and features Buddy Miller on lead guitar; Daryl Johnson on bass and drums; Burn on piano, guitar, and bass; and Ethan Johns on drums, guitar, and other miscellaneous instruments. Harris wrote all but one of Red Dirt Girl's 12 tracks, marking only the second time in her career that she has been so involved in the composition of an album. Dave Matthews sings a duet with Harris on the album, and Bruce Springsteen, Patti Scialfa, and Patty Griffin also contribute vocals.

Commenting on her then new label and record, Harris says, "I take pride in my new association with Nonesuch, a label for whom I have great admiration. Red Dirt Girl is a very meaningful record for me. I've only written this much for an album once before – The Ballad of Sally Rose – and I'm very pleased as well with what we have accomplished in the studio."

Tracks:
LP1
A1 The Pearl
A2 Michelangelo
A3 I Don't Wanna Talk About It Now
B1 Tragedy
B2 Red Dirt Girl
B3 My Baby Needs A Shepherd
LP2
C1 Bang The Drum Slowly
C2 J'ai Fait Tout
C3 One Big Love
D1 Hour Of Gold
D2 My Antonia
D3 Boy From Tupelo