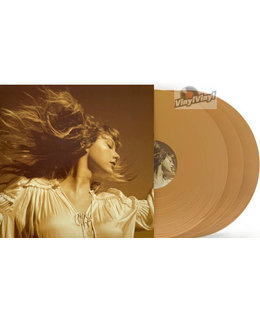 The single Love Story (Taylor's Version), which is also included, intimately reflects the inner life of the teenager at the time and exemplifies an album that uniquely reveals Taylor Swift's emotional journey through her youth.

Fearless was an album of magic and curiosity, bliss and the destruction of youth. It was the story of a teenager's adventures, learning little lessons with each new crack in the façade of a non-existent world she had been shown in the cinema," reveals the Grammy Award winner.

The singer, who has won numerous gold and platinum awards, is one of the most successful artists of our time.

In addition to the already released single, the album contains 25 other newly recorded tracks.

Panic! At The Disco Pretty Odd.