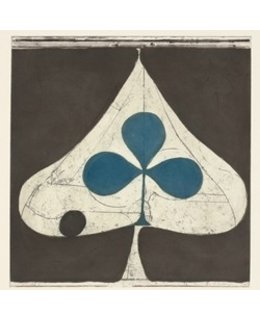 Trips were taken, and friendships were restored; families were visited, and solo projects were finished. The potential energy gathered in tour vans and buses, in studios and on stages for years was finally released, giving the individual band’s pieces the chance to recover and, after a year, return to being Grizzly Bear.

The whole band wrote songs together for Shields, taking each other’s ideas and extending them. And for the first time, they tended to move forward only with the songs that were most open to true quartet collaboration. Asked which tunes on Shields belong to which songwriter, every member balks and explains that, for the first time, these are actually full-band numbers. Both in process and product, this is Grizzly Bear as they’ve never been. Gatefold 180g 2LP pressing from Warp Records with download card.

“This has a different energy behind it,” concludes Droste. “Veckatimest was a little more of a polite album; the desire to keep the vocals smooth might have kept a little distance between us and the audience. This one feels a bit more rough and exposed, so that on Shields, everything speaks for itself.”

Tracks:
A1 Sleeping Ute
A2 Speak In Rounds
A3 Adelma
A4 Yet Again

Brian Eno Before and after Science