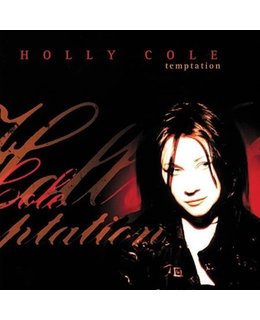 There is an intelligence and sophistication to Holly Cole's singing that sets her apart. She can imbue well-worn standards and eclectic songs with an uncanny combination of sensuality, innocence, originality and sheer musicality. Cole takes tunes everybody thinks they know and discovers new undercurrents in the venerable anthems of contemporary composers, wrapping her honesty, compassion and sardonic wit around their sometimes-fragile creations. The results are sexy, provocative, spellbinding, sometimes dangerous and never, ever dull.

Along with Cassandra Wilson and Patricia Barber, the Canadian songstress has helped redefine the world of the female jazz vocalist. In Cole's case, this can be directly linked to her ability to defy genre categorization and her ambitious musical choices. "I look at the essence of a song," muses Cole. "If it's a great lyric I often love to slow it down, explore it, dissect it and deconstruct it. I love to take it apart and then put it back together and look at it in an entirely different way. In the process, it often becomes more evocative. That's a huge part of my art form, that's a huge part of what I do." These abilities come into full focus on her 1995 Blue Note masterpiece, Temptation, which finds Holly skillfully interpreting material by the-one-and-only Tom Waits.

Taking a minimalist approach to the arrangements and forgoing as much pre-production as possible serves Cole and the material well here. A majority of the cuts on Temptation are first takes which heightens the spontaneous and intimately genuine feel of Cole's breathtaking performances even further. The many highlights include a catchy version of "Jersey Girl," and a rendition of "The Briar and the Rose," augmented by the Canadian Brass. Also featured here are renditions of: "Take Me Home," "Train Song," "Temptation," "Falling Down," "Invitation to the Blues," "Frank's Theme," "Little Boy Blue," "I Don't Wanna Grow Up," "Tango 'til They're Sore," "(Looking For) The Heart of Saturday Night," "Soldier's Things," "I Want You" and "Good Old World."

Norah Jones Come Away with Me =200g Analouge Prod.=

Cassandra Wilson -Coming Forth by Day =A Tribute To Billie Holiday=