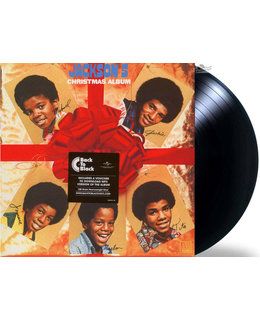 Label:  motown
Availability:   In Stock
Delivery time:
€27,95 Incl. VAT (BTW)
Release date: 30-09-2014 (originally released in 1970)
2014 US reissue on 180g LP-Faithful vinyl reissue of the Jackson 5's Motown Christmas Album (their only holiday release together) originally offered at the end of 1970 at the height of the famous sibling's success and on the heels of three consecutive Top Five albums. Features the classic hit single “Santa Claus Is Comin' To Town,” along with soulful and funky takes on further Christmas fare like "Have Yourself A Merry Little Christmas," “Up On The Housetop,” "Frosty the Snowman," "The Little Drummer Boy," "Rudolph the Red Nosed Reindeer," and "I Saw Mommy Kissing Santa Claus.

Tracks:
A1 Have Yourself A Merry Little Christmas
A2 Santa Claus Is Comin' To Town
A3 The Christmas Song
A5 Up On The Housetop
A5 Frosty The Snowman
B1 The Little Drummer Boy
B2 Rudolph The Red-Nosed Reindeer
B3 Christmas Won't Be The Same This Year
B4 Give Love On Christmas Day
B5 Someday At Christmas
B6 I Saw Mommy Kissing Santa Claus
Discs: 1
Drager(LP,EP,12,7,CD): LP
Qual(120grs,150grs,180grs): 180grs
Speed(33,45): 33
Label: motown
Originally released: 1970
This release: 2014

Norah Jones -I Dream Of Christmas

Dolly Parton Once Upon A Christmas ( w. Kenny Rogers )