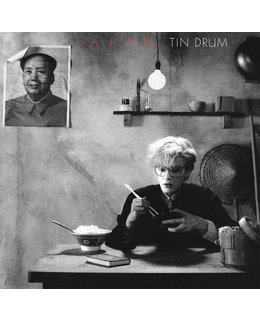 2018 EU reissue on 180g Vinyl LP-British new wave group Japan released five studio albums between 1978 and 1981 culminating in the groundbreaking Tin Drum which stayed in the UK charts for a year. The painstaking approach to synthesizer programming by Richard Barbieri and David Sylvian and the original rhythmic patterns of Steve Jansen and Mick Karn produced a sound that remains original to this day. They were the one of the most successful chart bands in Europe and Asia in 1982 despite the increasingly experimental nature of their music and four of Tin Drum's eight tracks were issued as singles including the UK Top 10 "Ghosts," "The Art of Parties," "Visions of China" and "Cantonese Boy."

King Crimson In the Court of the Crimson King