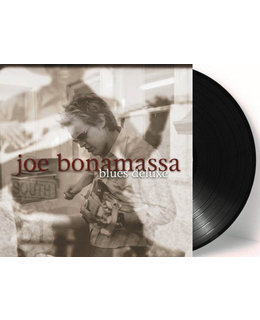 Tracks:
A1 You Upset Me Baby
A2 Burning Hell
A3 Blues Deluxe
A4 Man Of Many Words
A5 Woke Up Dreaming


Over 25 years into his career, Joe Bonamassa continues to blaze a remarkably versatile artistic trail, and amass an authentic, innovative and soulful body of work. Bonamassa's career began onstage opening for B.B. King in 1989, when he was only 12 years old. Today, he is hailed worldwide as one of the greatest guitar players of his generation, and is an ever-evolving singer-songwriter who has released 15 solo albums in the last 13 years.