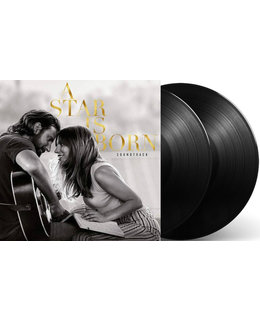 2018 EU issue on 180g vinyl 2LP = In A Star Is Born, a new take on the iconic love story, 4x Oscar nominee Bradley Cooper (American Sniper, Silver Linings Playbook) makes his directorial debut and also stars alongside multiple award-winning music superstar Lady Gaga in her first leading role. Cooper plays seasoned musician Jackson Maine, who discovers – and falls in love with – struggling artist Ally (Gaga). She has just about given up on her dream to make it big as a singer...until Jack coaxes her into the spotlight. But even as Ally's career takes off, the personal side of their relationship is breaking down, as Jack fights an ongoing battle with his own internal demons. Gaga performs original songs in the film, which she wrote with Cooper and a handful of artists, including Lukas Nelson, Jason Isbell and Mark Ronson. All the music is original and was recorded live. Featuring 19 songs in a wide range of musical styles and 15 dialogue tracks, the soundtrack to A Star Is Born follows the musical arc and romantic journey of the movie's two lead characters and is introduced by "Shallow" and "Maybe It's Time," two songs featured in the film's trailer.

Billie Eilish When We All Fall Asleep, Where Do We Go?