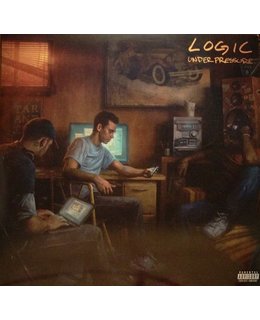 2014 US issue on standard 2xLP = 2014 debut album from the Maryland-based rapper. The album was executive-produced by No I.D., with production coming from Visionary Music Group's in-house producer 6ix and Logic himself. Other producers who contributed to

B1 Gang Related
B2 Buried Alive
B3 Bounce

D1 Nikki
D2 Under Pressure
D3 Till The End

Eminem Music To Be Murdered By ( Slim Shady ‎ )