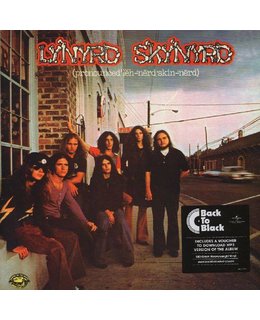 2015 EU reissue on 180g LP+Download- Their 1973's debut album of legendary pioneers of Southern Rock Lynyrd Skynyrd . They brought together all the best elements of Southern culture: Blues Country, Garage Rock, Southern poetry and created a gumbo of Southern sounds and flavors as none had done before. There are few debut albums that sounds as raw and determined as Pronounced Leh-Nerd Skin-Nerd does and this is largely due to the hard lean edge that Lynyrd Skynyrd bring to the music.

Derek and the Dominos Layla and Other Assorted Love Songs =2LP=