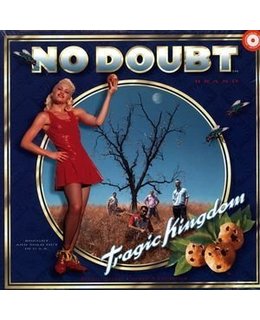 2008 US repressed on Coloured Vinyl- Tragic Kingdom features a collection of Ska / Pop / Punk / Reggaeinfluenced recordings from Gwen Stefani and Co. No Doubt’s diamond certified major label debut and third full-length Tragic Kingdom was not only the band's breakthrough but it also helped launch the ska revival of the 1990s. “Don’t Speak,” the third single of eight total from the album, set a record when it spent 16 weeks at the #1 spot on the Billboard Hot 100 chart, while the genre-defying 14-track effort is also home to such runaway No Doubt classics as "Just A Girl" and "Spiderwebs." Originally released by Trauma Records in 1995, Tragic Kingdom became one of the best-selling albums of the decade, garnering Grammy nominations for both Best New Artist and Best Rock Album along the way.

Outkast Speakerboxxx / The Love Below =4xLP=

Cranberries Everybody Else Is Doing It, So Why Can't We?