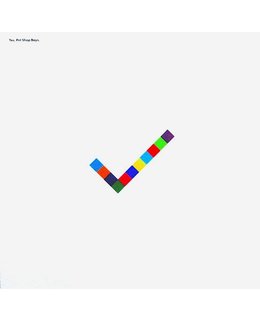 2017 EU repressing on 180g LP- the British Synth duo's 2009 album includes six bonus tracks. Yes is the 10th studio album by legendary Pet Shop Boys. Bestowed with the Outstanding Contribution to British Music Award at the 2009 Brit Awards, this is a timely reminder of the pair's subtle influence on British pop music. Featuring tracks produced by Xenomania (Girls Aloud, Sugababes), this is a wondrous and sumptuous record packed with enough surprises that will please fans and newcomers alike. Includes the single 'Love Etc.'.

Yes. The boys have said about the album. This album is amazing and it was great working with Xenomania. Its a fantastic wideranging pop record Pet Shop Boys cowrote three of the eleven new tracks on the album with Xenomania whilst the other tracks were written by Tennant / Lowe with a little assistance from Tchaikovsky on All Over The world. Yes includes the singles Did You See Me Coming & Love etc and features Johnny Marr playing guitar on several tracks with orchestral arrangements on Beautiful People and Legacy by Owen Pallett Last Shadow Puppets Final Fantasy