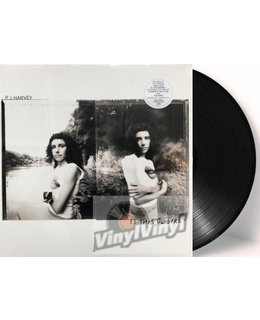 2021 reissue 180g vinyl LP = Re-issue of the original 1998 album Is This Desire?, featuring the singles " A Perfect Day Elise" and "The Wind". Pressed on 180gsm vinyl. Includes download card.

Is This Desire?, the fourth studio album by English singer/songwriter PJ Harvey, was originally released in 1998 to immense critical acclaim, ultimately landing Harvey a Grammy nomination for Best Alternative Music Performance that same year. Her biggest asset, aside from intensely descriptive songwriting skills, has always been her sumptuous vocals.

Tracks:
A1 Angelene
A2 The Sky Lit Up
A3 The Wind
A4 My Beautiful Leah
A5 A Perfect Day Elise
A6 Catherine
B1 Electric Light
B2 The Garden
B3 Joy
B4 The River
B5 No Girl So Sweet
B6 Is This Desire?