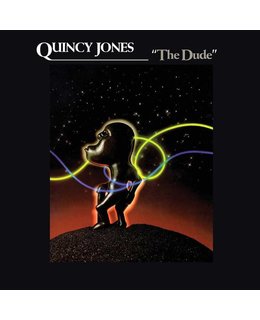 An enormous commercial success, 1981's The Dude is a cross-cultural success blending jazz, Latin music, soul ballads, and straight pop into an admittedly slick but never over-produced or soulless stew. The album opens with a surprise: "Ai No Corrida" is a synthesizer-driven yet still funky Latin dance track written by Chaz Jankel of Ian Dury & the Blockheads, suggesting that unlike a lot of musicians his age, Quincy Jones kept his ears open to new music. The proto-rap title track accomplishes the same thing. The rest of the album is more conventional, with James Ingram and Patti Austin trading vocals on a smooth collection of tracks highlighted by the masterful love ballads "One Hundred Ways" and "Just Once," staples of adult contemporary stations, and the haunting Stevie Wonder-penned instrumental "Velas." The Dude is an outstanding collection that was massively influential on the '80s R&B scene.

George Benson Give Me The Night