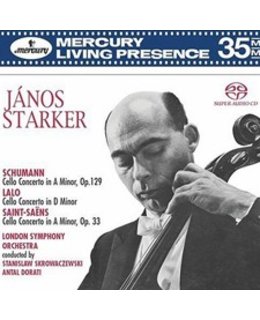 Originally released in 1968 - 2008 Speakers Corner reissue analogue audiophile resissue on 180 gram vinyl LP edition = Janos Starker recorded the Schumann Concerto more than once this performance from the 1960s was the second and of those I have hea...