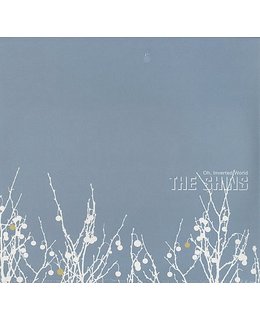 ( 2001) - 2004 vinyl LP+download EU edition, the debut studio album. The album contains the songs "Caring Is Creepy" and "New Slang," both of which appeared in the 2004 film Garden State

2004 vinyl LP+download EU edition, the debut studio album.The album contains the songs "Caring Is Creepy" and "New Slang," both of which appeared in the 2004 film Garden State.

From the ashes of Flake, then Flakemusic, The Shins took shape in 1997 -- same members, different instruments, different approach, all culled from nearly a decade of playing together. Counterpoint guitars gave way to a single guitar pitted against calculated keyboard passages, swarming indie rock machinations to pop-base melodic endeavors. The resulting sound germinates in a post-punk aesthetic with nods to a traditional pop ethos.Placed at number 35 on the Pazz & Jop critics' poll for best album of 2001. Includes lyric sheet.

The Shins have managed to combine the best in pop sounds with everything from acoustic ballads, psychedelic sounds and pure rockers. While they maintain strong melodies and pop influence, there is still a hint of experimental sounds throughout this album-whether it's from odd keyboard approaches or wacky lyrics, the Shins have created an album that cannot be compared to anything but the Shins.
For a debut release, it's nice to see a band being a band and not following current trends. This could very easily be one of the finest new bands I have discovered. No song runs over four minutes and not one track on this albums needs skipping past-they all work on all sorts of levels.

The album's opening song, "Caring is Spooky" has such a great feeling to it. "Know Your Onion" is a great teenage rebel type song-talking about a "pimple and angry" kind of guy. The album's single "New Slang" is possibly one of the best acoustic songs I've ever heard-even though there is a great but simple electric guitar section too. And we cannot forget "Girl On The Wing"-easily the best song on the album. It rocks, has an interesting type of time signature, and a great, corky keyboard background.
This is simply a great Indie Rock/Pop album from a band that will be making wavs. It will be interesting to see where they go next. Give it a try. Amazon comments

Shins, the Wincing The Night Away

Mirel Wagner When The Cellar Children See The Light Of Day

Iron and Wine Around the Well=3LP=