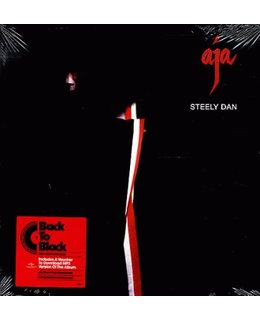 1977's Aja was the culmination of everything Donald Fagen and Walter Becker aspired to accomplish in their storied careers. It was the first album certified platinum (eventually selling more than 5 million copies in the U.S.) by the then-new RIAA sales tracking system. It contained three ubiquitous U.S. top 40 singles with, “Peg,” “Josie” and “Deacon Blues,” though each of the seven tracks are extraordinary. The tight arrangements, inspired playing by the West Coast’s best session players, and countless lyrical and musical hooks were immediately accessible and unforgettably cool.

And then there’s the “sound.” Deservedly winning the 1978 Grammy Award for Best Engineered Recording, Non Classical - Roger “The Immortal” Nichols was supported by a who’s-who of the top audio go-to-guys in the industry: Bill Schnee, Al Schmitt and Elliot Scheiner. The meticulous recording is almost fetishistic in its attention to detail. Every note of even the densest tracks can be clearly heard, with every instrument perfectly placed. This is a record where the studio becomes not only part of the process, but an instrument in and of itself!

"If you were an audiophile in the late seventies, you owned Aja. Steely Dan's sixth album is easy on the ears, thanks to both its meticulous production and its songs, this was Walter Becker and Donald Fagen's no-holds-barred stab at becoming a huge, mainstream jazz-pop success. And sure enough, thanks to sweet, slippery tracks such as "Deacon Blues" and "Peg," this collegiate band with a name plucked from a William Burroughs novel and a songbook full of smart, cynical lyrics became bona fide superstars, shooting to the Top Five and selling platinum. And, yes, Aja even won a Grammy for Best Engineered album." - Rolling Stone

Supertramp Crime of the Century =180g=