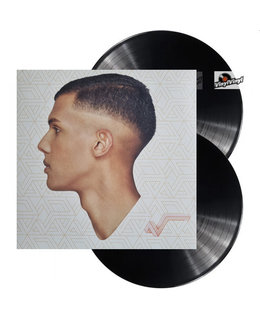 2013 EU 150g vinyl 2LP edition - 2014 sophomore release from Belgian Electronic Pop artist Paul Van Haver, known to the world as Stromae. Racine Caree has already sold 1.5 million copies in France alone. Stromae has become an important artist in equal measures for his musicality, his imagery and his voice. As the International New York Times observes, "He is one of the few contemporary musicians to so directly evoke Europe's ambient moroseness, and he does so with an eclecticism that has earned him critical praise." Stromae has already collaborated in various ways with artists such as Kanye West, Major Lazer, Black Eyed Peas and DJ Snake.