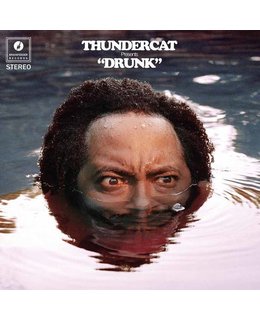 Tracks:
DISC 1
A1 Rabbot Ho
A2 Captain Stupido
A3 Uh Uh
A4 Bus In These Streets


Stephen Bruner, bka as Thundercat returns with his follow up to 2015 s The Beyond / Where the Giants Roam . The latest album titled Drunk is released via Brainfeeder and features production from Flying Lotus. Following his Grammy award winning contributions on Kendrick Lamar s To Pimp A Butterfly , Bruner delivers arguably his most ambitious work to date. Vocal features include Michael McDonald & Kenny Loggins, Kendrick Lamar, Wiz Khalifa and Pharrell. In addition to Kendrick Lamar, Thundercat has worked with a wide range of artists including Erykah Badu, Childish Gambino, Mac Miller, Ty Dolla $ign, Bilal, Suicidal Tendencies, Kamasi Washington, Terrace Martin and more making him one of the most in demand musicians of our time.