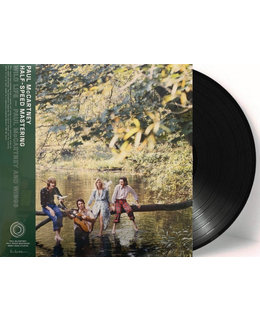 A rollicking left turn from its predecessors, Wild Life was recorded in barely more than a week, with more than half of the songs captured in a single take. The end result would be eight songs running the gamut from joyous freewheeling jams to proto-chamber pop to spare introspective musings – all bristling with a raw, jagged energy akin to the grungiest of garage bands - whether on the careening blues-rock rave-up of opener "Mumbo," a reggae-tinged reimagining of Mickey & Sylvia's "Love Is Strange," or the plaintive and heart wrenching ballad "Dear Friend."