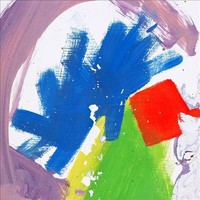 Alt-J (Δ, previously known as Films) is a British indie rock band from Leeds, formed by frontman Joe Newman, Gwil Sainsbury, Gus Unger-Hamilton and Thom Green. The four members met at the University of Leeds, and in 2008 the band was formed. With their debut album "An Awesome Wave" and winning the Mercury Music Prize, in 2012 for the band came the success.

A Leeds-based group with a signature blend of layered, folk-inflected dub-pop and soaring alternative rock.