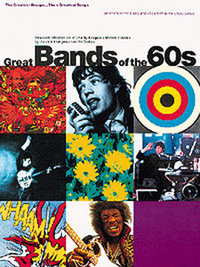 In North America and Europe the decade was particularly revolutionary in terms of popular music, as it saw the evolution of rock. At the beginning of the 1960s, pop and rock and roll trends of the 1950s continued; nevertheless, the rock and roll of the decade before started to merge into a more international, eclectic variant. In the early-1960s, rock and roll in its purest form was gradually overtaken by pop rock, beat, psychedelic rock, blues rock, and folk rock, which had grown in popularity. The country- and folk-influenced style[1] associated with the latter half of 1960s rock music spawned a generation of popular singersongwriters who wrote and performed their own work. Towards the decade's end, genres such as Baroque pop, sunshine pop, bubblegum pop, and progressive rock started to grow popular, with the latter two finding greater success in the following decade. Furthermore, the 1960s saw funk and soul music rising in popularity; rhythm and blues in general remained popular. The fusion of R&B, Gospel -and original rock and roll was a success until the mid-part of the decade. Aside from the popularity of rock and R&B music in the 1960s, Latin American as well as Jamaican and Cuban music achieved a degree of popularity throughout the decade, with genres such as Bossa nova, the cha-cha-cha, ska, and calypso being popular. From a classical point of view, the 1960s were also an important decade as they saw the development of electronic, experimental, jazz and contemporary classical music, notably minimalism and free improvisation.

1969-2021 remaster vinyl LP -One of the most enduring musical partnerships of our time, Rock and Roll Hall of Famers Crosby, Stills & Nash are revered for their peerless vocal harmonies, inspired songwriting and m...

1969 - 2021 EU reissue on 180g vinyl LP- . Gal Costa is the first solo album by the Brazilian singer Gal Costa, released in 1969 (although all the songs were recorded in 1968). It was ranked the 80th best Brazilian album of all time by the Brazilian Rolli

2017 EU issue 180g vinyl 2LP - A perfect overview of the multiple classic hits and tracks throughout the career of The Mamas & The Papas and complimented with several popular tracks by Mama Cass Elliot. With the band's first single, "Go Where You Wanna Go

(1961 ) 2012 EU repressed on 180g vinyl LP-Bill Evans’ 4th album as a leader, and his second with the talented bassist Scott LaFaro. Explorations is an extraordinary example of the reach and breadth of this trio at its peak.In...

analog copy to DSD 256 to analog console to lathe

2021 EU issue on standard 3LP -For the 17th time, Radio 10 will broadcast the greatest hit list of all time, the Top 4000, from December 4 to 24. The list has been compiled entirely by the listener.   for the first time, release on the beautiful 3 LP

2018 EU reissue on 180g VINYL LP = Sounds of Silence(1966) is the second studio album by Simon & Garfunkel, The album's title is a slight modification of the title of the duo's first major hit, "The Sound of Silence". The song had earlier been released i.

(1967)2016 EU reissue 180g vinyl LP-1967's Zappa's solo debut and it finds the music luminary backed by a 50-piece group of session players dubbed the Abnuceals Emuukha Electric Symphony Orchestra. Produced simultaneously with We're Only in It for the Mon

( 1982 ) - 2017 EU reissue on 180g 2LP =With classics "The Sound of Silence", "Mrs. Robinson", and "The Boxer". Their first live album with hit songs from their years as a duo and their solo and duo careers, and covers. Among the songs performed were t

(1964) - 2010 EU reissue on 180g vinyl LP- In poll after poll this LP is hailed as one of the greatest records of all time and quite possibly the greatest live recording ever, captured at the legendary venue on 5th April 1964. now this classic makes a we