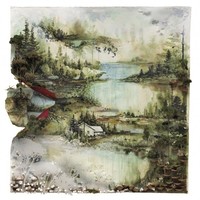 2019 EU issue on 180g LP+download=The 4th full-length release for Justin Vernon was produced by Chris Messina. 22 stands for Justin Vernon. Never before has Bon Iver been so comprehensive, joyful and generous. When they toured Europe in early June 2019, i