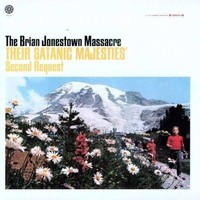 The Brian Jonestown Massacre was formed in San Francisco in 1990. The band has had over 40 members since then, but its driving force and main songwriter is Anton Newcombe. Other prominent members have included Matt Hollywood, Dean Taylor, Jeff Davies, Brian Glaze, and Joel Gion. Their sound is heavily influenced by the psychedelic sounds of the 1960s, but also carries influences from shoegaze, jangle pop, garage rock, and lo-fi genres.
Nothing Found...