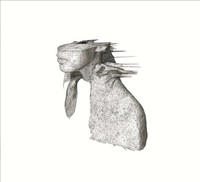 Passionate, heart-rending British pop group whose sweet melodies and swooning lyrics made them one of the biggest bands of the new millennium.

2014 EU pressing on 180g LP+ download= Ghost Stories is the highly anticipated sixth studio album from English quartet Coldplay and follow-up to their Grammy nominated 2011 effort Mylo Xyloto. The new 9-song set will be issued in May 2014 on Parlopho...

COLDPLAY - Viva La Vida or Death and All His Friends

COLDPLAY - A Rush of Blood to the Head

2002 EU issue vinyl LP-Their masterwork= Including the singles "In My Place," "The Scientist," "Clocks" & "God Put A Smile Upon Your Face". A soulful, exhilarating journey, moving from the cathartic rock of "Politik" to the hushed tones of "Green Eyes" wi

( 2005 ) - 2016 EU re-issue on 180g 2xLP gatefold = Musically, Coldplay has never sounded more adventurous than they do on X & Y and they absolutely perfect making simplicity seem sublime here. The music shifts from intimate, quiet and personal to soaring