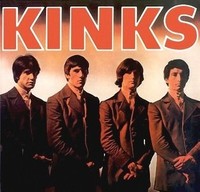 The Kinks were an English rock band formed in 1963 by singer-songwriter Ray Davies, his brother lead guitarist and vocalist Dave Davies, and bassist Pete Quaife. The songs from their early days were a leader of the rock 'n' roll in the mid-sixties and albums such as Face to Face, Something Else, Village Green, Arthur and Muswell Hillbillies are also highly regarded by fans and music critics.

KINKS, THE - Something Else By The Kinks

KINKS, THE - Lola Versus Powerman And The Money Go Round Part 1 - 50th. anni

KINKS, THE - Face to Face

( 1965 ) - 2015 EU reissued on 180g vinyl LP Mono - features the #1 single "Sunny Afternoon" Heralding The Kinks move away from their hard rock sound to a more songwriting based style, 1966's Face to Face was a major artistic breakthrough for the band a