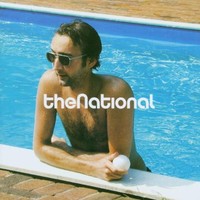 The National is an American indie rock band formed in Cincinnati, Ohio, United States, in 1999, and currently based in Brooklyn. The band's lyrics, which have been described as "dark, melancholy and difficult to interpret", are written and sung by Matt Berninger, a baritone. The band's music is composed and performed by Aaron Dessner (guitar and keyboard), Bryce Dessner (guitar), Scott Devendorf (bass) and Bryan Devendorf (drums). The band has recorded six studio albums; the most recent, Trouble Will Find Me, was released in May 2013 and was nominated in the 2014 Grammys for Best Alternative Album.

2019 EU reissue on 180g 2LP-I Am Easy To Find is The National’s eighth studio album and the follow-up to 2017’s GRAMMY®-award winning release Sleep Well Beast.
A companion short film with the same name will also be released with music by The National and