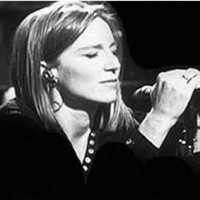 Portishead is a band formed in 1991 in Bristol, England. The band is named after the nearby town of the same name, 8 miles west of Bristol. Portishead consists of Geoff Barrow, Beth Gibbons, and Adrian Utley, while sometimes citing a fourth member, Dave McDonald, an engineer on their first records.

Portishead creates a style of trip-hop with influences from folk and jazz, and the atmosphere of old spy movies. Portishead also introduced the group model of a trip-hop group with a singer at the center. This has been adopted by groups like Moloko, Morcheeba, Hooverphonic and London Grammar.

( 1994) 2010 EU reissue on 180g LP - including the singles "Numb," " Sour Times "and "Glory Box". Portisheads 1994 debut Dummy is a timeless album that swings from mood to moodfrom heartbreakingly dark to teary eyed to slightly optimistic.  And implies