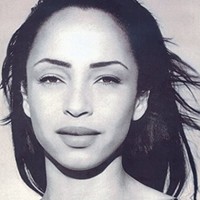 Sade: An English band, formed in London and active between 1982 and 2011. Three of their members were originally from Kingston upon Hull in the East Riding of Yorkshire. Sade Adu is the lead singer of the eponymous band. Their music features elements of soul, quiet storm, smooth jazz, and sophisti-pop. Her sultry jazz-tinged vocals have made her one of the most successful international stars of the 1980s and beyond.