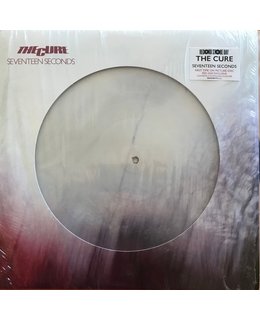 2020 EU reissue First time on picture disc for this Record Store Day exclusive contains a download voucher'- Including " A Forest", Seventeen Seconds is the 2nd album from the influential English rock outfit, The Cure. The album introduced the darker, emotionally weighted sound for which the band would become renowned in large part due to the evolution of Robert Smith's songwriting and a line-up change that saw bassist Michael Dempsey replaced by Simon Gallup as well as the addition of keyboardist Mathieu Hartley.

Tracks:
A1 A Reflection
A2 Play For Today
A3 Secrets
A4 In Your House
A5 Three