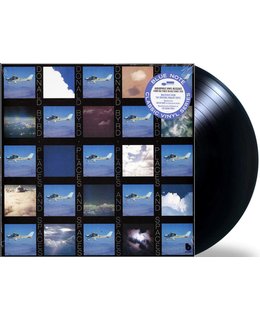 2021 Blue Note Classic Vinyl Reissue Series reissue on 180g vinyl LP– Donald Byrd’s 1975 fusion classic Places and Spaces was the culmination of the legendary trumpeter’s vibrant latter Blue Note years. Byrd had begun recording for Blue Note in 1958, and over two decades evolved from a top-notch hard bop trumpeter into a pioneer of R&B/Funk fusion, leading the label’s own creative direction along a similar path. Byrd had begun to introduce elements of fusion to his music with his 1969 album Fancy Free and shadowed Miles Davis early-1970s moves with experimental sessions like Electric Byrd and Ethiopian Knights.

It wasn’t until Byrd hooked up with visionary producer Larry Mizell for his 1972 album Black Byrd that a new sound coalesced: funky and sultry, sophisticated yet accessible, with intricate arrangements that allowed Byrd’s trumpet to soar over top. A string of commercial successes followed, reaching a creative peak with Places and Spaces, the fourth Byrd-Mizell collaboration which was co-produced by Larry and his brother Fonce Mizell. The album featured some of the most enduring hits this legendary creative team conjured up including “Wind Parade,” “Dominoes,” and “Places and Spaces,” all of which were sampled heavily by Hip Hop artists in the decades that followed.

This Blue Note Classic Vinyl Edition is all-analog, mastered by Kevin Gray from the original master tapes, and pressed on 180g vinyl at Optimal.

Tracks:
A1 Change (Makes You Want To Hustle)
A2 Wind Parade
A3 Dominoes
B1 Places And Spaces
B2 You And The Music
B3 Night Whistler
B4 Just My Imagination (Running Away With Me)